Brisket is such a delicious meal, but if it is your first time bringing home this large piece of meat, it can be a bit overwhelming trying to figure out how to cut it.  Whether you use a knife or a meat slicer, it is not the same process as to how to slice ham thin or how to slice vegetables.

Below, we will go over exactly how you cut a whole brisket, including trimming the fat and after you finish cooking it and want to slice it up.

Step -1: Identify The Different Parts of Your Brisket

When you first take the slab of meat out, you will need to identify the different parts, so you know what to cut. Brisket is made up of two main pieces of meat: the point and the flat. The two pieces are separated with a think seam of fat and a fat cap that sits on top of the brisket.

At this point, you will also want to make sure the brisket you bring home is of high quality. The brisket should be red and look damp.

First, you will want to cut the fat cap off of the top of the brisket. You will need a sharp knife to do this. Some people decide to cut the entire cap off, while others leave anywhere from an eighth of an inch to an inch of fat on the top.

The more fat you cut off, the more seasoning will actually reach the meat, but fat can also add flavor to the meat.

Step-3: Trim The Rest of The Fat

Now you will want to flip the brisket over so that you are looking at the underside of the flat cut. While there are likely not large amounts of fat like the cap, you will notice patches of fat that you should cut off. The small pieces of fat act as a barrier that prevents the flavor of the seasonings from reaching your meat.

Step-4: Cut Down The Fat Vein

Take your sharp knife and cut down the fat vein separating the two pieces of meat. While you do not need to cut them completely apart, you should at least trim off some of the fat.

Step-5: Season and Cook The Brisket

Now you have done all the cutting and trimming that you need to do before seasoning and cooking the brisket. Season the brisket however you like, making sure that you pull apart the two pieces to put meat in the middle.

Once the brisket has rested, you will want to get a long serrated knife to slice the brisket. Next, you want to find the grain of the meat (you will notice lines running in one direction all along the meat). Using short strokes,

You will want to slice your brisket perpendicular to the grain. Typically you will want to cut the brisket into slices that are about a pencil-width thick.

What Kind of Knives Do You Need?

When you go to cut your whole brisket, you really only need two knives. You need a smaller, very sharp knife to trim all of the fat off of your brisket. You also need a sharp serrated knife after you are done cooking the brisket to cut it into slices.

You can also use a meat slicer instead of a serrated knife to cut the cooked brisket, but you will need to know how to clean a meat slicer.

How Much Does Brisket Cost?

Untrimmed brisket is actually relatively inexpensive beef. Most stores sell brisket for around $5 a pound. There are some cuts that are pricier and some that are cheaper, but it is unlikely that you will ever spend more than $8 a pound for brisket.

Should You Cut Brisket In Half Before Cooking?

Whether or not you separate the two cuts of meat is up to you as long as you have a smoker or oven big enough to fit the whole brisket. Some people think that brisket cooks better when cut in half, while others prefer to cook it whole.

If you’re looking for a quick, delicious meal with many flavors, the canned corned beef hash is the way to go! The only problem? It’s not always as crispy and crunchy as we’d like it to be. Fortunately, you can take some simple steps to ensure your corned beef hash comes out perfectly crisp and…

A meat slicer is a useful appliance mostly used by the caf & eacute;s and restaurants to slice your favorite meat, cheese, and vegetables. It comes in various sizes, including blades sizes, but the size does not matter in the following appliance as all of the dimensions have similar functions and work the same way….

Do you ever wonder how many calories are in a piece of bacon? If you’re counting calories, this is an important question to ask. Bacon has become a popular food item among many diets. Still, it’s important to know the calories contained in each slice before making it part of your regular meal plan. The…

How to clean a meat slicer properly is one of the most crucial things to know when it comes to maintaining your machine. Electric meat slicers are used continuously in grocery stores, sandwich chains, and other foodservice settings, so they get dirty quickly. Commercial meat slicers slice Frozen meats and a range of different food items…

Before answering the question ‘How to Cut Frozen meat?’, it is crucial to know that you must not cut the Frozen Meat straight out of the freezer. Follow different ways to soften your Meat within few minutes. If you try to do cutting Meat straight out freezer, your meat slicer can be dangerous as the… 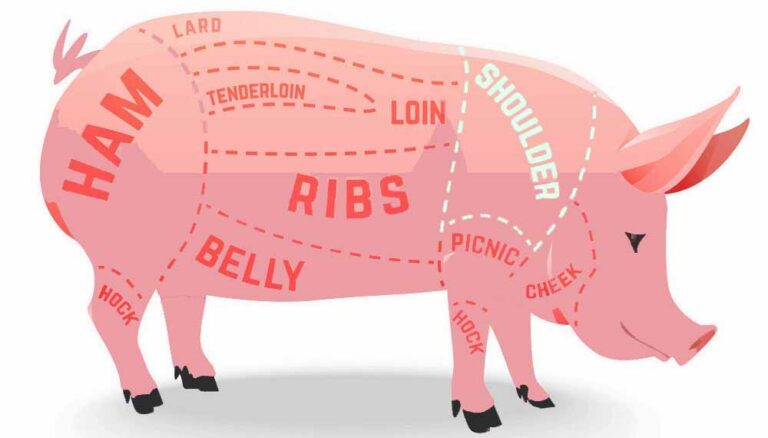